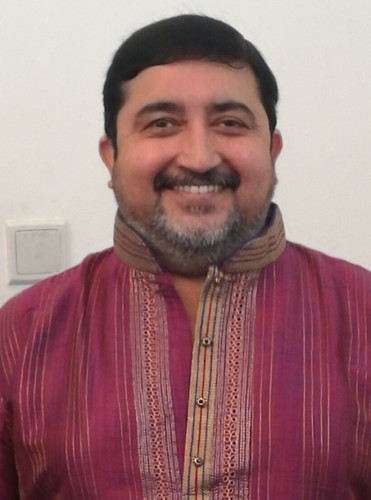 Theater
VERAN VAGDE UGYA PHOOL
Produced, Organised, Managed & Acted in a Gujarati Drama (Play) with the local talent of Dubai. All the artists including the Writer/Director were based in Dubai.

TV
KHWAISH
Acted in a couple of episodes of this Balaji Films Production's TV Series in Hindi, which was aired on Sony TV during 2007-2008.

Feature Film
GODFATHER
Acted as support cast (with dialogues) and Shared a few scenes with Bollywood's veteran actor Vinod Khanna in this Thriller which was shot in Dubai in 2006-2007.

Event
NAVRATRI DISCO DANDIA
Hosted (Anchor / Emcee) the mega 9 day event of "Navratri Disco Dandia" organised by Al Nasr Leisureland for 3 consecutive years from 1994 to 1996 having an audience of 4000+ per day.

Theater
GADBAD GHOTALA
As a pert of First Ever Hindi Drama Group of UAE based artists, I performed a Triple Role in this full length Comedy Play, adopted from Marathi Play of renowned Indian Playwright P. L. Deshpande